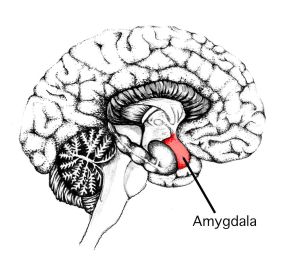 I have been counseling adolescents for the past 13 years and have learned a lot about them during this time.  Parents often come to me because they aren’t sure what to do to help their teen make better choices.  From my perspective, in order to help a teenager, you need to first understand how their brain operates.  Here are three things to know!

There has been a lot of research that has focused on adolescent brain development over the last two decades that has given us more insight into the minds of teenagers.  Studies have determined that the human brain doesn’t fully develop until your mid to late twenties.  The part of the brain that is still developing during adolescence is the prefrontal cortex.  Some of the functions of the prefrontal cortex include decision making and higher level thinking and planning.

Since the prefrontal cortex is not fully developed, teens rely on another part of the brain called the amygdala to help with decision making.  The amygdala is associated with “fight or flight,” emotions, and impulses.  Usually when the amygdala is active, adrenaline can rush through the body causing your heart to race and your breathing to be difficult to control.  The common response for a human when the amygdala is active is aggressive or passive behavior.  As a result, behavior can be somewhat irrational during these times.  Is this starting to sound like typical teen behavior yet?

Since adolescents rely on their amygdala, emotions tend to be in the driver’s seat when it comes to decision making.  Due to this, teens engage in risky behavior and can also lash out in the heat of confrontation.  At times, their behavior can look very similar to an adult who is under the influence of drugs or alcohol.  This makes it difficult for parents to decipher between what is “normal” teen behavior and what looks like a teen who may be under the influence of drugs or alcohol.  Since adolescent brains are not fully developed, teens are also highly impulsive.  They tend to make decisions quickly without thinking about the outcome or possible consequences.  In addition, keeping in mind that adolescents’ emotions have a strong influence on their behavior, teens may overlook consequences because they are making decisions based on how they are feeling in the moment.

In our next blog, now that you have a better understanding of why teens behave the way they do, we will focus on some parenting strategies that can help you deal with irrational teen behavior.